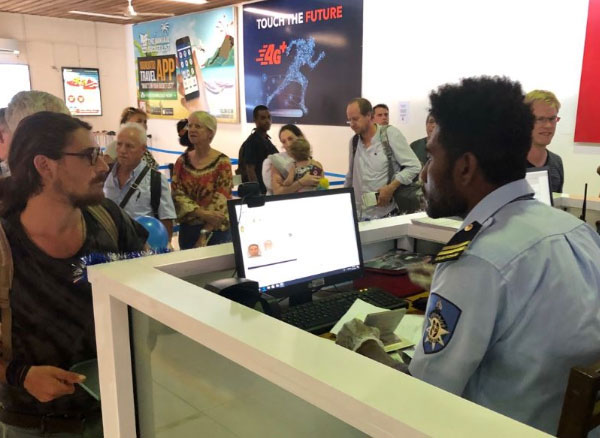 The increasing number of visitors and travelers to Vanuatu has presented economic and development opportunities with increased revenue from tourism and stimulation of job creation. However, these opportunities come with inherent risks.

The Department of Customs and Inland Revenue (DCIR) recognizes that compromising between facilitation and security requires a risk-based and technology-driven approach, such as the ASYCUDA Passenger Processing Module (ASYPX), customized to the unique environment of Vanuatu. One of the main reasons to automate the processing of travelers is to be able to collect data electronically that will facilitate statistical analysis and risk management.

On 14 April 2019, 1’326 travelers arrived and departed through the international airports in Port Vila and Santo. It represents the highest number of air travelers processed in Vanuatu on a single day since the implementation of ASYPX.

Since the initial implementation at Bauerfield International Airport in Port Vila on 29 November 2018 (Picture 1), ASYPX has been rolled-out to all entry and exit points for air and maritime travel throughout the country.

On 1 December 2017, Vanuatu Customs officers assumed the primary line function of passenger processing at the airports and seaports.
Considering that DCIR has used ASYCUDAWorld since July 2017 and has seen the flexibility of its technology platform in extending existing features and creating new ones, DCIR sought UNCTAD’s assistance to develop an integrated module that gives a familiar look and feel as the other ASYCUDA modules; hence, reducing the learning curve for the front line officers.

ASYPX is a bespoke module that was designed and developed with input from the Australian Department of Home Affairs (Immigration) to mitigate the impact on DCIR of this new role of facilitating legitimate travelers and managing risks.

Like other modern border management systems, ASYPX supports peripheral devices, such as passport scanners and webcams, to store scanned copies of the passport and arrival/departure cards and photos.

Information processed in ASYPX is shared among the different border and law enforcement agencies. 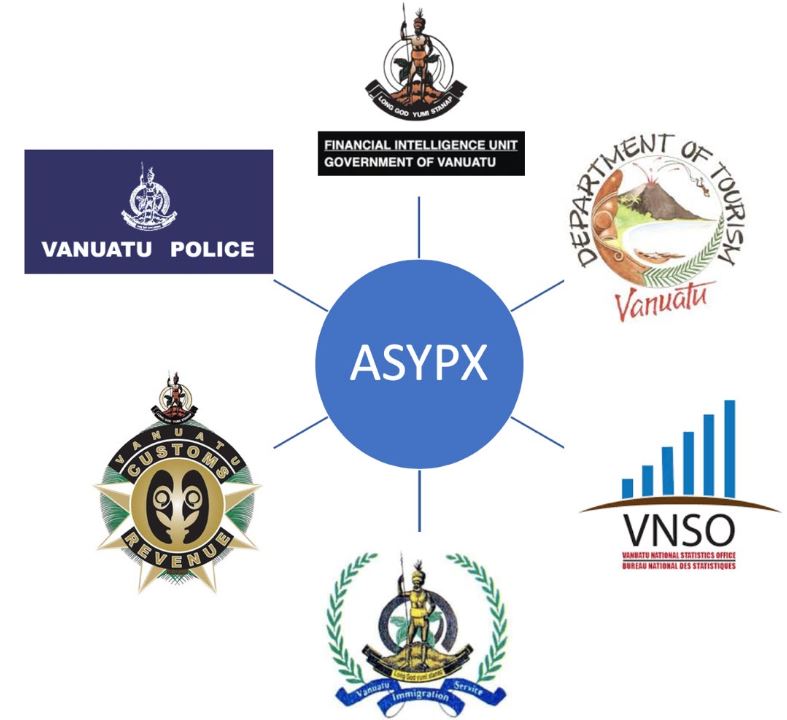 Mr. Jeffrey Markson, Vanuatu Immigration Director, stated during the 2019 Pacific Immigration Development Community (PIDC) Regular Annual Meeting held in Rarotonga, Cook Islands, that the ASYCUDA Passenger Processing Module (ASYPX) was a cost-effective solution tailored to meet the needs of both customs and immigration departments and allowed the compilation and analysis of traveler data in a timely manner.