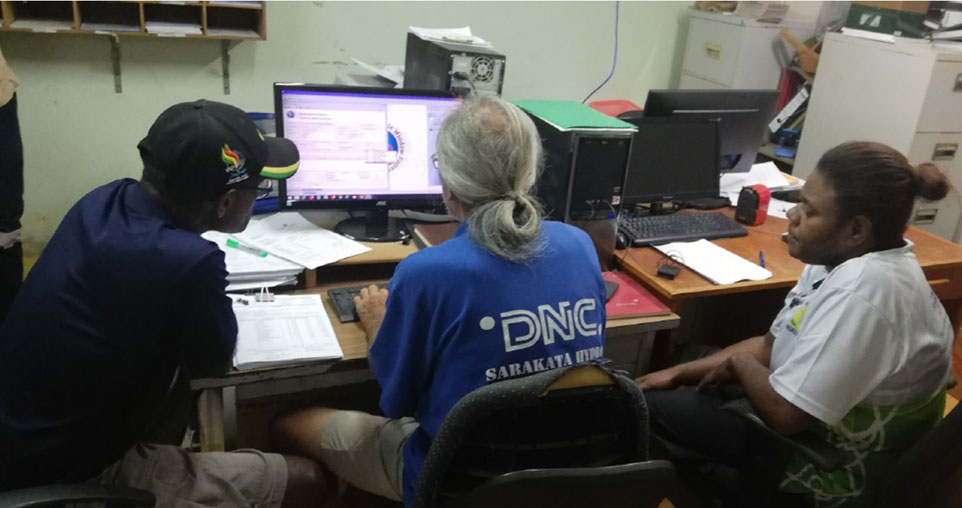 This latest development has completed the three major automation initiatives planned for Biosecurity Vanuatu under the Single Window Project.

The first two developments were the implementation of the SPS module to facilitate the processing, payments and issuance of SPS applications, and secondly the automation of Biosecurity’s clearance process at the borders. These were successfully implemented in March and August 2020 respectively.

After two months of working on this interface between the two modules, the write-off mechanism has been successfully rolled out in Port Vila and Santo ports of entries in the month of November.

This level of automation will allow the system to automatically crosscheck the declaration of the goods against the owner of the SPS permit or certificate, its validity (must be paid, not written-off or not expired), the quantity of the goods being cleared must not exceed the approved amount as per the SPS document, the country of origin of the goods match the origin of the goods on the permit, and that the traded goods themselves are the actual approved goods and not some other commodities. All of these controls are absolutely necessary not only to ensure Biosecurity continues to protect our borders from pests and diseases, but also to ensure our export commodities comply with Biosecurity requirements which are essential to protect our export markets.

Already after its first weeks of implementation, both Customs and Biosecurity Officials have witnessed the assistance of the system to identify the loopholes that would have not been possible to be identified given our limited human resources responsible to facilitate the increased volume of trade across our borders. This is therefore a testimony that the implementation of this write-off mechanism will serve its purpose to facilitate the movement of goods, but under effective Biosecurity control.

The same write-off mechanism will be applied to other permits or certificates issued in the system in the future.