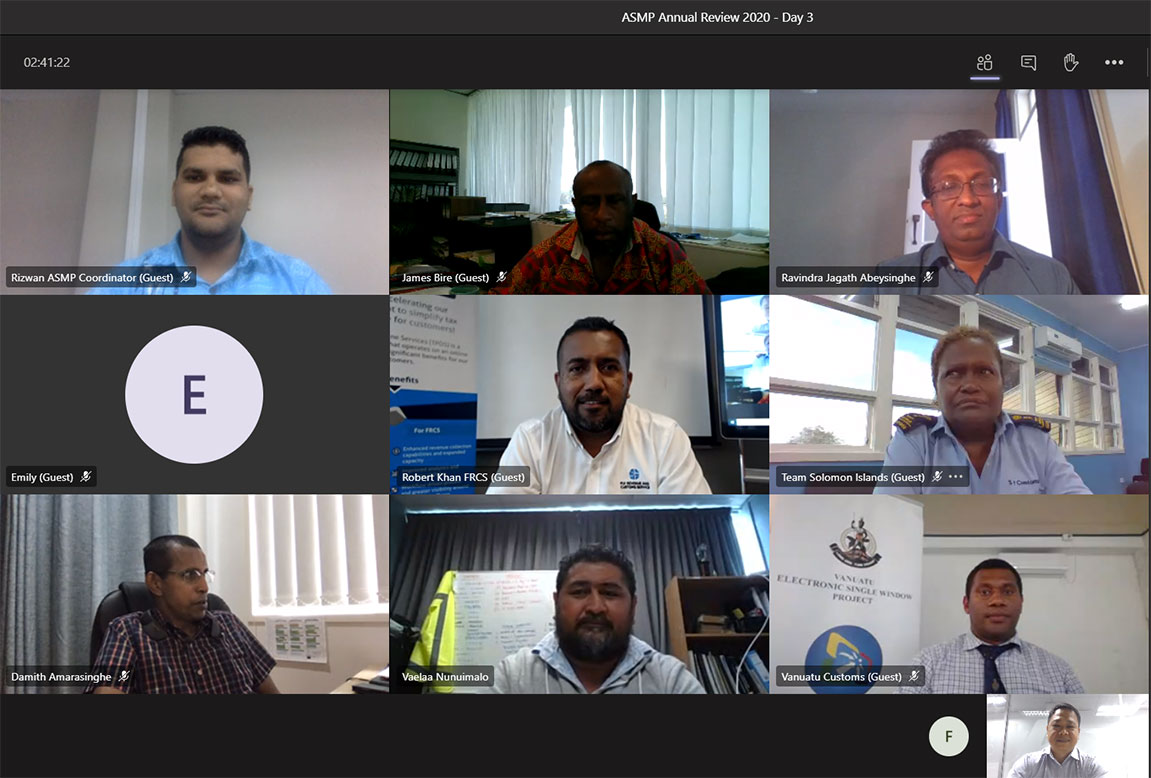 The ASMP (ASYCUDA Support Mechanism for the Pacific) office was established through a Memorandum of Agreement (MOA) which was signed in December 2001/January 2002 between the Head of the then FICS, the then Comptroller of Customs in Samoa, the Director of the Vanuatu Customs and Inland Revenue Department, and UNCTAD for the setup and operations of the ASMP. PNGCS joined the ASMP framework through the signing of the 2008 and subsequent Joint Statements. SICED joined the ASMP from 2016. Funding is provided by the participating countries through a cost sharing arrangement, and the objective of the MOA is taking full ownership of the modernized and automated Customs operations with ASYCUDA, including long term sustainability at both national and regional levels. The MOA calls for a yearly detailed review of the ASMP office operations during the fourth quarter of each year.

This year’s review was unlike any other as this was the first time the review was held virtually due to the pandemic and border closures. The representatives and Heads of Customs administrations’ of the five member countries participated in the review which was held from the 10th to the 12th of November.

The meeting started off with the presentation of ASMP Office activities followed by country presentations whereby each country presented on their achievements in terms of automation and modernization, challenges and future expectations from the ASMP office. The meeting ended with the signing off of the joint statements which contained agreed activities and budget for 2021.